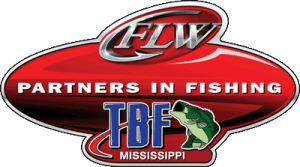 Rosters – Mailed to Terry Arnsdorff 295 Co Rd 4701 Meridian MS 39301 or Edwin Gregory 60063 Seminole Rd Smithville MS 38870 must be received by March 12th 2016. We will have a meeting on March 6, 2016 in D’Iberville MS, 11:00 am for those whose want to turn in their paperwork – meeting not mandatory. Include roster, insurance sheet, motel listing, ads & money in packages. You may still send as many fisherman as you can. Must be in pairs of two.

Team Competition – You split your own rosters in teams of up to six. One team per form. No limit on teams per club. 1st , 2nd, 3rd, place teams awarded with money and plaques.

2016 MS STATE TEAM (top six boaters and top six co-anglers plus clubs can send 2 from their club if their club participates in the state tournament) FROM THE MS STATE CHAMPIONSHIP AT D’IBERVILLE MS WILL REPRESENT MS AT THE DIST 4 NATIONAL SEMI FINALS ON LAKE NEELY HENRY IN GADSDEN AL ON OCTOBER 15-16, 2016.

Ranger Cup – This is a Ranger Cup Event – All Ranger Boat owners get signed up today at www.rangercup.com.